Day 3 was so busy that I didn’t get a chance to blog about it until two whole days later?  Yup, it was.  It was all that and a bag of chips.  It was amazing!  It was fantastic.  It was exhausting…  But let’s start at the beginning… 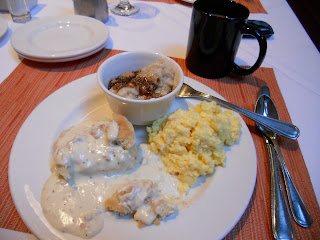 I made sure to have a good breakfast, especially since they were free because of my room mix up.  I ate breakfast with my roomie Amanda and Toni and Teri who joined us.  I know Toni and Amanda from my Baltimore days. 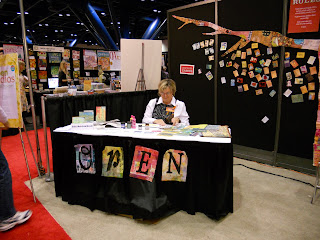 I stopped by the QA booth and Open Studios to see my new friend Enid, who was in my Traci Bautista class the day before.  She has an awesome sticker resist I plan to try later for a Technique of the Week! 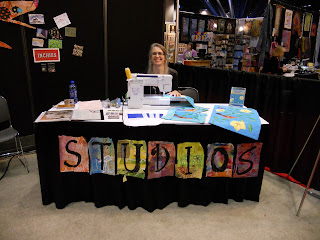 Judy was also there, and I stopped to say hello as well. 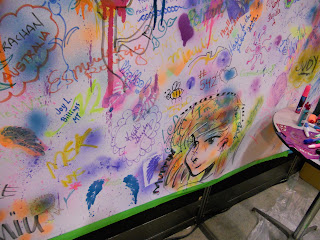 The folks at QA invited me to draw on their graffiti wall, where all the cool products were donated by www.ilovetocreate.com, and I obviously had fun drawing something on the wall. Little big?  NAH!!!! 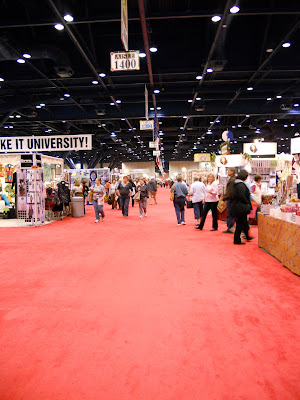 For it being Saturday, the room was pretty easy to walk through. 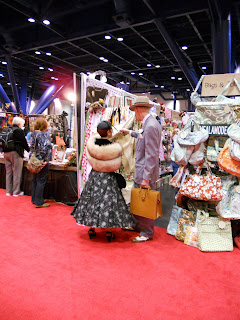 I have been to many a comic book convention where people dressed up, but have you ever seen quilters in costume?  Me either! What I will say is that I think these two are collectors or just quilt admirers.  They were seen later with a couple of antique quilts in hand when they were leaving the show. 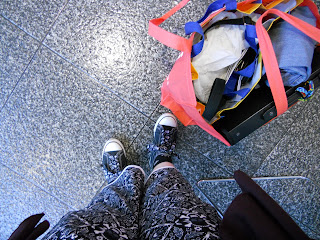 It’s time for LOUD Pants…  Yup, the Loud Pants Luncheon was on Saturday, and here I am ready to meet up with other folks.  I made these pants on Wednesday. 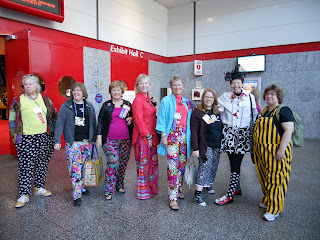 Here is about half the group with our LOUD pants.  I knew my pants weren’t particularly LOUD.  Some of these are cranked up to 11!    I loved it, and we had such a good time. 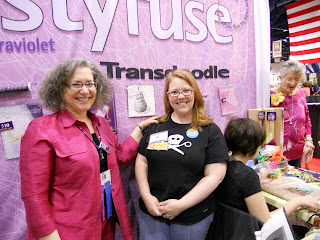 After the luncheon, I stopped by the MistyFuse booth to show Iris Karp my pear made out of MistyFuse.  She asked if she could display it in the booth, and I was only too thrilled to let her. (By the way, everyone LOVED that shirt. I heard many people make comments about it.  I got it from Craftster.com) 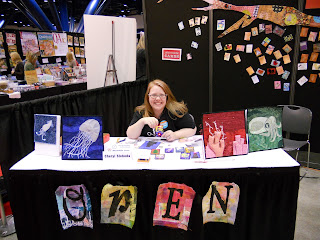 Time for OPEN STUDIOS!  OMGPONIES!!!1!!1  I had such a wonderful time demoing for folks and showing off my newest creations.  I gave away about 3/4 of my brand new Moo cards.  I had people say “Amazing”, “So cool!”, and “You must be an engineer!”.  The larger pieces were a huge hit.  The EL Wire jelly fish really drew people in.  I’m so thrilled for the response. 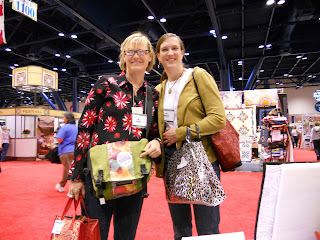 My friends Toni and Teri stopped by! 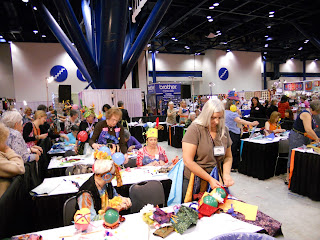 Then it’s time for Surviving the Runway!  This is an event that Quilting Arts/Make It University does for every IQA show.  You put your name in the fishbowl to try to get picked to participate.  It’s so much fun.  I watched and took some photos from the sidelines this year, but I have had a fun time in the past. 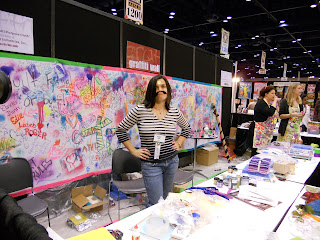 Melanie Testa was there in her inimitable style and form.  She’s so wonderful.  That’s Leslie Jenison and Lindsey Murray in the background, who were having a great time helping the participants.   They are such sweet people. 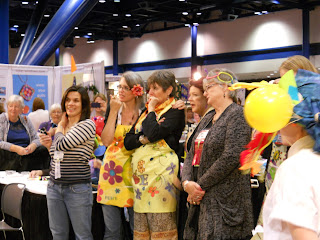 The judges!  You couldn’t ask for a more creative group of people!  All this amazing creativity in one place!!! That’s Melanie Testa, Judy Perez, Jane LaFazio, Leslie Jenison, and Jamie Fingal. 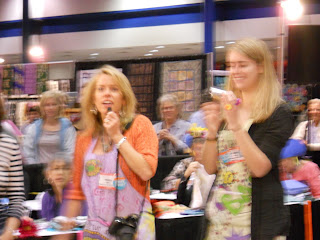 Pokey Bolton is in motion at all times, and I have to say that this is the most non-blurry picture I got of her!  She’s announcing the winners. 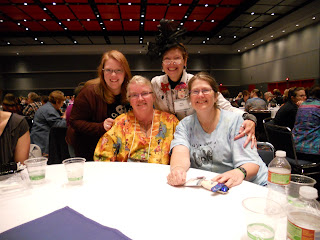 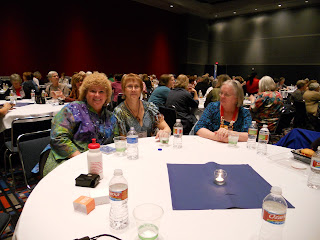 After that, Gala on the Green!  Or rather, Gala in the Ballroom, because the weather outside was very chilly.  I sat at a great table full of new friends, including Heidi Lund, Candy, Linda, Maggie, and June! 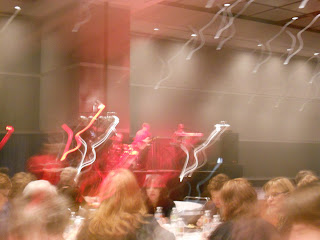 The band was hard to capture on this new fangled camera.  Oh how I wish any of the pictures of the Quilting Arts bunch and I dancing came out.  They would be too embarrasing to show anyway.  Let’s just say that Judy Perez, Helen Gregory, Melly Testa, Pokey Bolton, Lindsey Murray, Jamie Fingal, and I tore that place up! If I could learnt o post video, I took some video of an “interpretive dance” that’s quite hysterical. 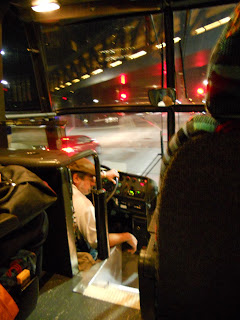 Sadly, I had to leave close to the end of the Gala to catch the shuttle back to my hotel.  I said my goodbyes to Judy and Melly who were leaving the next morning, and wished everyone a goodnight. 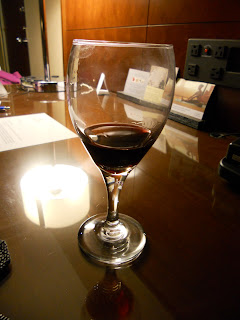 Amanda and I hit the hotel bar for a couple of these to end a really perfect day.