I’m so excited to launch a new project with all of you called the Technique of the Week. You may remember that waaaaay back in 2010 I spent the year trying a new technique every week so that I could hone my skills as a fiber artist.  Well, I’m bringing those techniques BACK so that you can follow along and have some fun too! 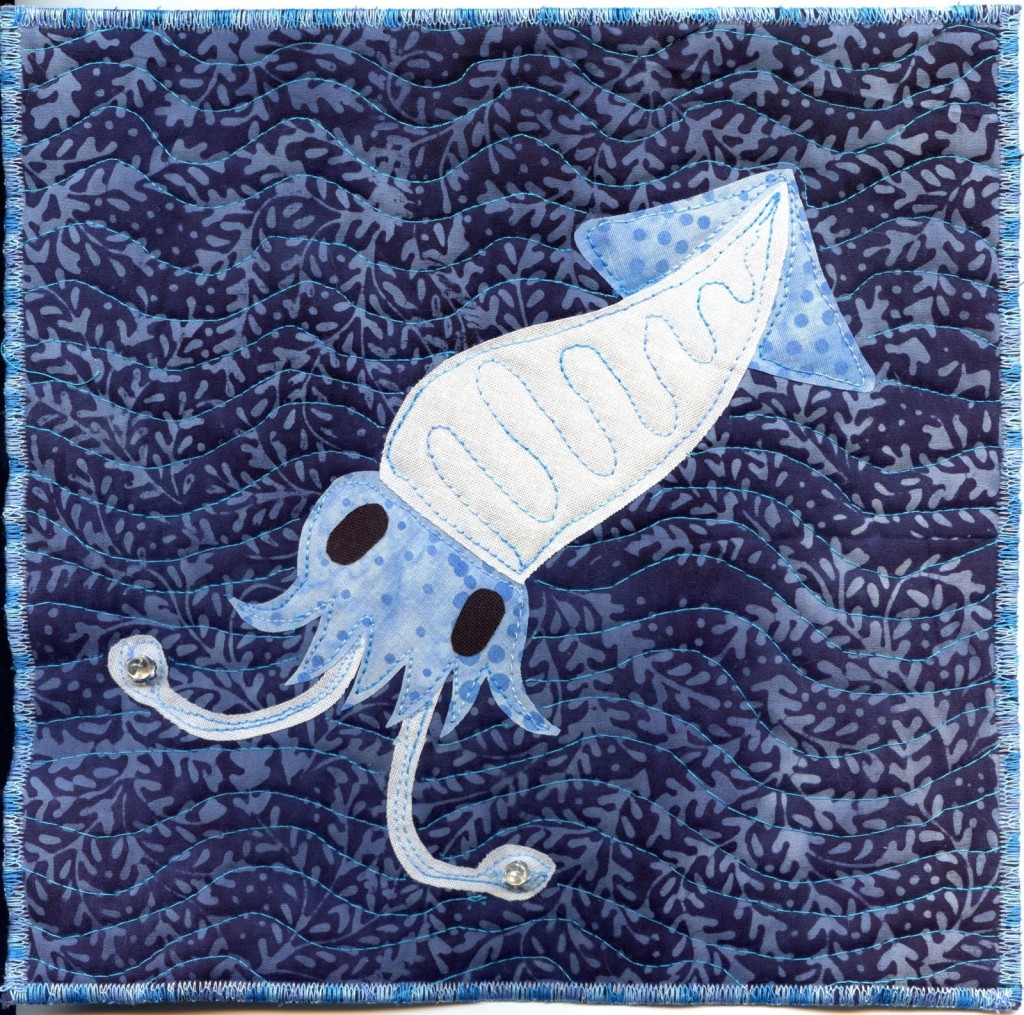 Each week, I’ll be posting a short video on my YouTube Channel, giving some highlights and brief thoughts about the project, with a follow-up post here on the blog that will have some more awesome details and fun.  It’s a great chance to follow along and try something new! Check out the first video below:

Now that you’ve seen the video, here’s more info about this week’s project:

My video didn’t really explain HOW to do this, so let’s cover that here.  One of the basics of eTextiles is that your LED has a positive leg and a negative leg (the positive is the long leg).  Mark the longer leg with a permanent marker so that you can tell them apart. You will curl up the legs of the LED with a pair of needle nose pliers and then bend them slightly outward. 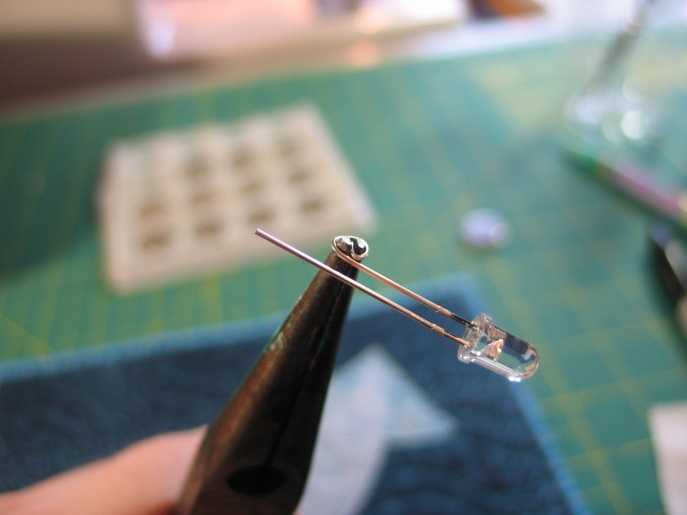 Next, you cut a hole in your project and push the LED through so the legs are on the back side. Then it’s a matter of sewing your conductive thread from the positive LED leg to the battery holder and using a separate piece of conductive thread to do the same for the negative side.

It’s that easy! Here’s a diagram to help you out. 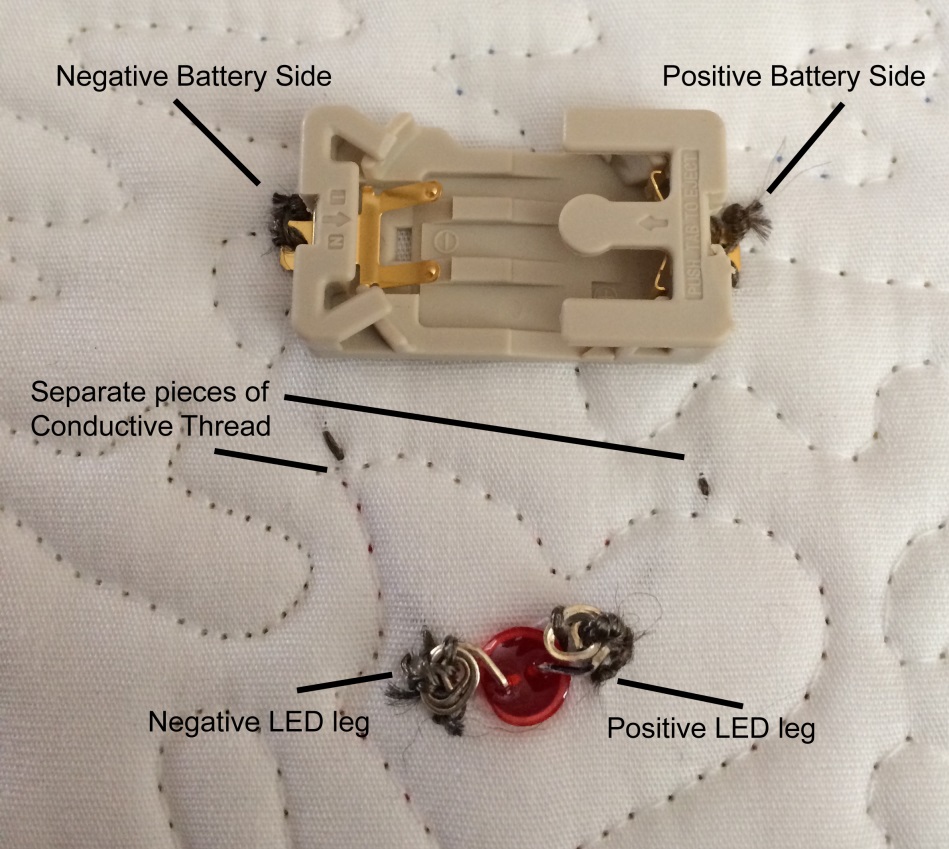 To celebrate the kickoff for the Technique of the Week Project, I’m going to give away a Deluxe LED kit from my webstore to one lucky commenter! 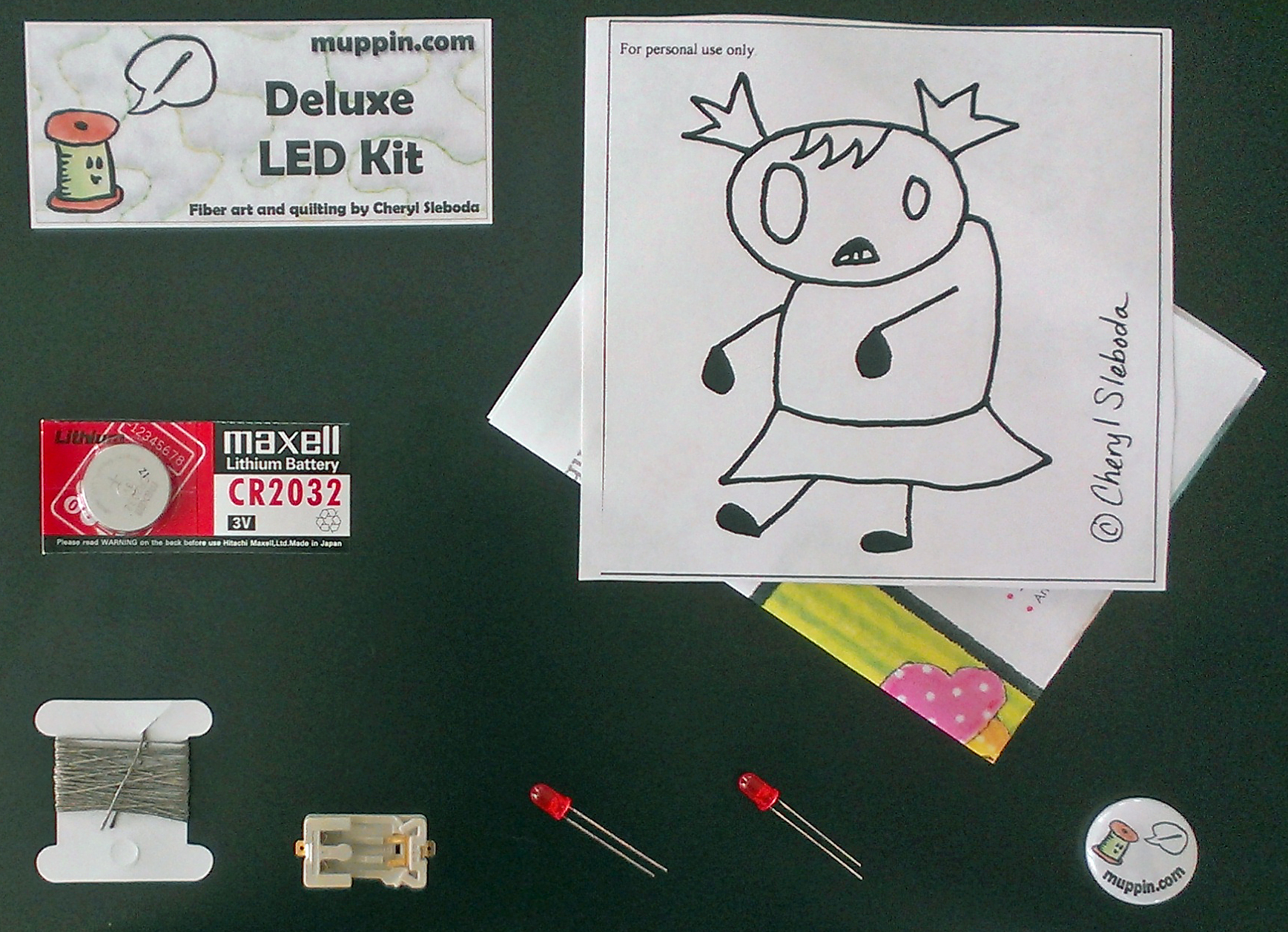 Comment and let me know what you thought of the video to be entered to win!  I’ll pick the winner on August 19 when Week 2’s video and blog post go up. You will get to pick the colors of the LED kit you win!  It’s going to be a great year for us all to have some fun together so, comment below and let me know what you think of the video and what would you like to see!

COMMENTS ARE CLOSED.  The winner will be announced August 20th!